Visit us today to discover what the rave is all about! You may also get in touch with us via phone or email to inquire about our local pizza restaurant. 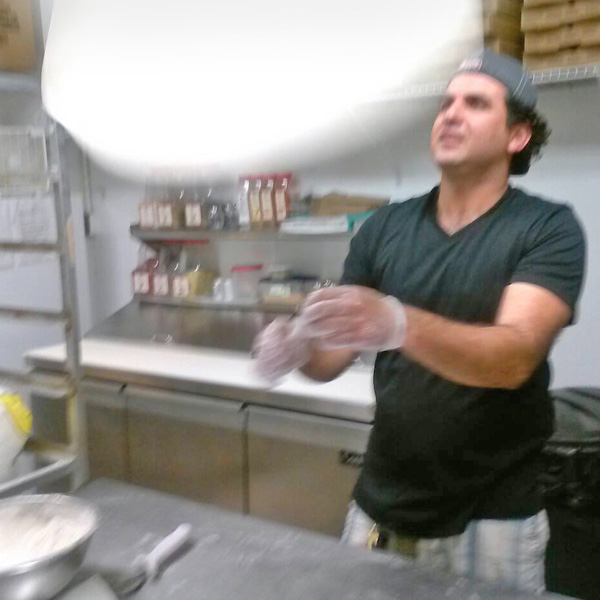 Braulio Carvhalo came to Dallas from Brasil on March of 2000. He originally thought to be staying for a short time, however his skills changed his mind.

His first job was working in the kitchen at a local pizzeria named Spazo. That's where he started fine tuning his skills as a pizza master, thanks to his good friend Gino. Over the years he managed to work in several places increasing his knowledge about what it takes to have the best pizza around Dallas. During his time at many pizza restaurants, he was also working at the Dallas Morning News delivering newspapers every morning for two gents, Larry and Gary.

Shortly after that he came across a pizza restaurant named Cigarz Bona Pizza in Lakewood and working for Omar Dibe. Braulio fell in love with his concept and the high quality of the ingredients delivering really good food. After 13 years with Dibe's help, Braulio opened his own pizzeria, Bona Pizza.